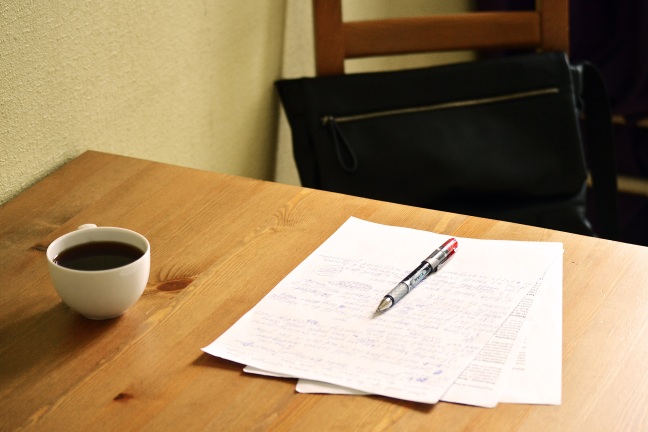 Since finishing the second draft of the book, I’ve taken a break from writing for a few weeks. Reasons for the break have been partially to clear my head and come back to the material for a final draft with fresh eyes, partially to give time for friends and others to read through it and provide constructive criticisms, and partially because I’m working so much, I’ve been travelling for work, and just had a lot going on!

Several people are currently reviewing the book critically, and already their feedback has helped me identify areas not only for improvement, but also where we can elevate the story to new levels of thematic relevance. This has also helped additionally solidify character arcs.

Feedback has been coming in from a variety of sources, and I thought I’d compile a few comments. I’m pleased to see that although the book isn’t in its final form, it is being enjoyed and that the original vision I had as a 15 year old kid for the story is finally coming through to people experiencing it for the first time.

I received this comment via email – completely out of the blue! This comment was very thrilling. My fascination with the potential of the story always had been how it could blend so many aspects into one narrative without becoming unrealistic. So happy to see that coming through to readers:

“I recalled seeing the movie Noah and it had beings in it called the watchers who were fallen angels so i looked for the names of the watchers… Your book came into the search and i was looking at the outline and saw it was a downloadable PDF. I started into it and was enthralled. The way you incorporated the various threads of scripture & possible mythic history is genius. I have often been intrigued by the stories in the Bible, though i wonder what the would sound like if told by a true storyteller expanding the characters to bring them full size that we can love & despise, empathize and abhor the things they must do.”
Dan M.

And these two were equally gratifying. I really wanted to create something fresh, inspiring and exciting, but that also felt like a plausible extension of the Biblical narrative:

“This book has answered a lot of my questions…really…it’s made the little things I knew clearer. Fiction or not… I really hope that people get to read this… Great job, I really look forward to the sequels.”

“I’ve read and wrestled with this passage for years. I’m so happy that it hasn’t gone completely unnoticed by others. I can’t wait to read your tale…”
12 hours later…
“I read it all in one sitting. It was simply perfect! There were times when I felt as though I were reading out of the Bible.”

Some comments require no additional commentaries: 😉

“Just wanted to say your book is fantastic!!! I found it really fascinating. I didn’t actually know anything about the watchers until I started reading your book, and then i went onto YouTube and watched on there about them. Your book has really helped me understand more. Thank you for writing and sharing your book here and giving me the opportunity to read such a brilliant telling of this!!!”

“Hey there, I decided to read this for a second time. I read so quickly the first I wanted to slow down a bit.
Your story is captivating. It’s entirely possible that these events happened. I think that’s what drew me in. Naamah is a beautiful character. I love her development. Azrael is another – to see what could have possibly made an angel fall. You put it in perspective, a way I never would have thought – they fell as all men fall.
Its a bit long but that’s not something that can be helped – there is much to set up.
What a mind trip. Great work.”

Sometimes it’s the short reviews that make me smile the most:

“So great!! There were many times that I had to reread something because I was either so shocked or whatever. One or two times I had goosebumps!”

“Dude, if this becomes a movie I have already bought tickets.”

One final review that was filled with spoilers, so I’ve edited them out. I just love the review, so I had to include it: 😉

“I loved the story so much. Watching Azreal’s … *spoilers* … made me want to bash my head against a wall (in a good way) because you made him the interesting character with noble ideas…

“And Enoch’s portrayal was delightful to read too because it was cool to watch him go from the equivalent of a farm boy to … *spoilers* ….

“Oh and I also loved the ending with the… *spoilers* … because in the context of Enoch’s writings…, it seems like a feasible answer to why … *spoilers* … appear in every ancient culture.

“But yeah I loved the story, the plot was fantastic.”

“Wow, what a beautiful ending.”

And I guess that’s a good place to end this update! As thrilled as I am to hear the positive feedback, I know the story needs polishing and some improvements. It’s just great to see that in spite of its current shortcomings, people are enjoying the overall narrative.

Read the whole book now on Wattpad or here’s the PDF! I’m really interested in getting constructive criticism and info on what elements you liked and areas you think need more work. 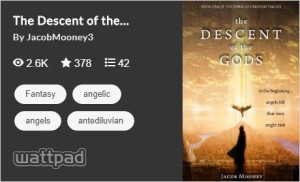